INHERITANCE OF BRITISH AND IRISH CITIZENS WITH PROPERTY IN SPAIN 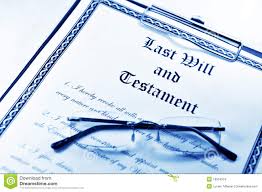 Regulation (EU) No 650/2012 on jurisdiction, applicable law, recognition and enforcement of decisions and acceptance and enforcement of authentic instruments in matters of succession mortis causa shall be fully and entirely applicable in all European countries as from the 17th August 2015 except in the United Kingdom of Great Britain and Northern Ireland and in the republic of Ireland.

On the other hand, the Civil Section of the Spanish Supreme Court rendered a Judgement on 12/01/2015 which relates to the matter of substantive law (namely, the law governing the succession or inheritance and the rights of all the persons who must be regarded as heirs and what the latter are to receive).

How does this doctrine of the Supreme Court apply to British and Irish citizens?

Let us examine the typical case of a British citizen (and we are aware of the differences which exist in this matter between the various kingdoms, particularly between England and Scotland) who owns property in Spain.

Spanish Law is clear: a person’s succession mortis causa is governed by their personal law, i.e. that of their country of nationality.

No further conflict exists in that sense, as the Spanish legal regulations refer to the substantive law of the UK for British and Northern Irish citizens and to that of the Republic of Ireland in the case of Irish citizens, which will determine who the heirs are and the form and proportion of the estate to be awarded to each one of them. That is, if a British or an Irish citizen passes away, the law which determines who, how and in what proportion is an heir or is entitled to receive any part of the estate is the deceased’s own national law (United Kingdom or the Republic of Ireland).

It must be noted, on the other hand, that “succession rules” are not to be confused with the legal rules concerning the “taxes” payable on the succession, which are not in any way the subject of this article.

The first problem arises not because the British or Irish national owns or holds title to real property (a piece of land, a home, business premises, etc) in Spain, but because their own British or Irish Law envisages a rule called “renvoi” whereby, when a national of that country owns real property, the law which governs their succession by reason of death –in respect of such real property – is that of the country in which the property is located; this means Spanish Law in this case insofar as we are talking about property located in Spain.

In addition, the old legal principle of “unity” and “universality” of the inheritance is applicable in Spain; in other words, there is a “single” inheritance which relates to the whole estate left by the deceased, whether it comprises personal property or real property and irrespective of whether the various assets are located in different places. 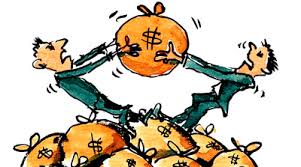 On the other hand there is also the principle of “freedom to bequeath”, which in Spain is extraordinarily filtered or restricted where there are any “mandatory heirs”; that is, the law provides that certain persons (spouses, children or parents in the absence of the latter) must by reason of kinship inherit or receive a substantial portion of the estate whether the testator wants it or not, and this is mandatory to such an extent that such persons may only be disinherited for extremely serious causes (such as having denied food to the disinheriting parent or having attempted to kill the testator’s spouse).  Thus, the children –or their descendants in their absence – , the surviving spouse and other relatives in different cases, shall statutorily receive most of the assets of which the estate consists.

Generally speaking, the surviving spouse will only receive a lifetime right to use and enjoy (as opposed to full ownership thereof) a certain part of the estate, and only one third thereof may be disposed of by the testator in favour of third parties. This, obviously, is only a summary of the various situations which can be encountered, such as second marriages and children from the first marriage, etc.

The above is merely an outline of the Spanish legal regulations on the matter, which in addition has exceptions in several territories where very ancient rules are still force, such as Navarra, the Basque Country or Catalonia.

Until now, British and Irish citizens have been advised to dispose of their estate as they see fit, whether by Wills executed in the United Kingdom or in the Republic of Ireland or, where applicable, by executing in Spain a Will relating only to their assets located in Spain. However, the recent Judgement of the Supreme Court makes it possible to interpret that, once British Law or Irish Law makes a renvoi to Spanish Law insofar as there is real property located in Spain, Spanish Law may be applicable to the whole inheritance by virtue of the aforementioned principles of unity and universality and that, therefore, it will be mandatory for the estate, as least the portion thereof which is located in Spain, to be distributed as provided for by Spanish Law. This means that the children would necessarily receive one third of the estate in equal shares and another third of the estate in the proportion established by the testator, and that the spouse would receive another third of the estate at most if so determined by the testator where, for example, his spouse is not the mother of his children.

Many British and Irish citizens have executed Wills disposing of their assets in Spain, often leaving such assets to the surviving spouse and, in the event of previous or simultaneous death of the latter, to their children. 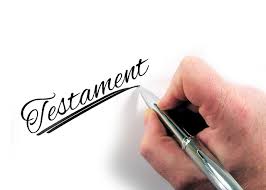 We therefore consider, in light of the recent Judgement of the Supreme Court, that it would be advisable for British and Irish citizens to execute a new Will in Spain in respect of their assets located in Spain whereby they should stipulate that, according to Regulation (EU) No. 650/2012, they fully submit to the laws of England, Scotland, etc, or to the laws of the Republic of Ireland, even where their estate, real property included, is located within the Spanish territory. This option would be valid if this is expressed both in a Will executed in Spain and in a Will executed in their own country.