The recent Judgement of the Court of Justice of the EU against Spain dated 3rd September 2014, which admitted the existence of discrimination against non-residents in relation to the differential treatment of residents and non-residents in Spain with regard to the aforementioned Tax, continues to give rise to numerous comments and analyses, particularly in terms of its practical implications,

WHAT KIND OF “NON-RESIDENTS” ARE AFFECTED BY THE JUDGEMENT?

European Union (except Spain, for obvious reasons) or the European Economic Area, the Notary Public José Manuel Hernández Antolín considers that an indirect effect of this Judgement is that of “obligating the Spanish State not to make a differential treatment in future (as from the issue of the Judgement) of non-residents, whether they reside in the European Union or the European Economic Area or in a third country, in accordance with the Judgement of the European Court of Justice of 17th October 2013, as article 56 of the Treaty Establishing the European Community prohibits any restriction on the movement of capital between Member States and third countries”.- “All of which is irrespective of whether the domestic legislation is amended”.

That is, refund applications under the aforementioned Judgement may be made by residents of other states in addition to those of the EU and the European Economic Area.

HOW FAR WILL THE RETROACTIVE EFFECT EXTEND?

In this regard, the Notary Mr Hernández Antolín states as follows:

“Retroactive effect: Given the fact that the Judgement rules that such treatment was (or at least may have been) discriminatory, and taking into account that non-discrimination is an essential obligation of any country joining the European Community, it can be concluded that the Judgement has retroactive effect, at least in respect of inheritances reported after January 1st, 1986, date on which Spain joined the European Union. And this is the criterion followed by the Spanish Constitutional Court (Judgement dated July 2nd, 2012) and the Supreme Court (Judgement dated May 25th, 2010) by proclaiming the absolute effect “ex tunc” of Judgements rendered by the European Court of Justice to resolve appeals relating to breach by the State.

1. INHERITANCES NOT BARRED BY THE STATUTE OF LIMITATIONS: There seems to be a consensus that the right process where an inheritance is not barred by the Statute of Limitations (four years and six months from the death of the deceased or from the interruption of said period where the count starts again, e.g. since the payment was made during the voluntary compliance period or later) should be an “application for the refund of undue payments”.

HERNÁNDEZ ANTOLÍN considers that “it is best to start now (so that the Statute of Limitations does not become applicable in the meantime) with an Undue Payment Refund Proceeding, the amount of which cannot as yet be determined, for the amount determined by the future legislation to be approved provided that such legislation is not discriminatory against the taxpayer. Acknowledgement of the refund, where applicable, will entail payment of late-payment interest”.

But this may be complicated further if the amendments proposed by the party in Government to the current Inheritance and Gift Tax Legislation following the aforementioned Judgement of the Court of Justice of the EU are approved by Parliament, as the proposed amendments do not contemplate any situations preceding the issue of the Judgement, particularly as they do not envisage any retroactive effect (!)

2.  INHERITANCES BARRED BY THE STATUTE OF LIMITATIONS: Where the case is barred by the Statute of Limitations and dates back to after the date of admission of Spain into the EU, the right process according to Hernández Antolín must be a claim for FINANCIAL LIABILITY OF THE ADMINISTRATION. And this is the process that has been followed in similar cases: tax lease, the “health cent”, etc.

JAVIER MÁXIMO JUÁREZ GONZÁLEZ, on his part, considers that, based on the Constitutional Court Judgement of July 2nd, 2012, and supported by the Supreme Court Judgement of May 25th, 2012 which determines the applicability “ex tunc” of the rulings of the European Court of Justice, the refund of monies applies even after the Statute of Limitations deadline.

AMOUNT OF THE REFUND

Almost every news or opinion article published so far agrees that the possibility exists immediately to request a refund of the monies unduly paid (i.e. overpaid) in respect of the difference between the amount paid by a non-resident and the amount they would have paid had they been resident in Spain, always limited to the four preceding years by virtue of the Statute of Limitations applicable thereto.

Once the right to a refund has been acknowledged and the specific amount involved determined, late payment interest as accrued over no more than four years (the preceding years would be barred by the Statute of Limitations) will also have to be refunded ex officio.

On the other hand, the author cited in our previous article, Máximo Juárez, considers that the amount to be refunded is “the total amount paid at the time” plus legal interest thereon (albeit the interest is more questionable).

WHAT ABOUT RESIDENTS IN DIFFERENT SPANISH TERRITORIES?

As mentioned at the beginning, it is clear that the rulings of the Judgement rendered by the European Court of Justice are applicable to residents of countries of the EU or European Economic Area, and even to those of other countries as pointed out by the Notary Public Mr Hernández Antolín.

And we did mention earlier that the above applied “except to those (being Spanish or otherwise) who are resident in Spain”.

The different treatment of these two taxes in the different autonomous territories of Spain, which by the application of different rules actually and effectively modifies the payable rate of the Inheritance and Gift Tax –

mainly by the inclusion of different “surcharges” in each territory or, for these purposes, of “substantial reductions” of the Tax by reason of, primarily, residency in that territory – is not contemplated in the aforementioned Judgement  of the European Court of Justice, which may not make any assessment of Spain’s domestic regulations. That is, the Judgement does not have any immediate effect on the actual and very important discrimination that exists between the residents of each autonomous territory of Spain.

The lack of such an immediate effect of the European Judgement, however, does not mean that it may not sooner or later have such an influence that it may operate to the effect, by political, jurisdictional and eventually constitutional means, of amending the discrimination which by reason of these taxes now exists between residents in Spain and which is so important, in quantitative terms, and so incomprehensible. 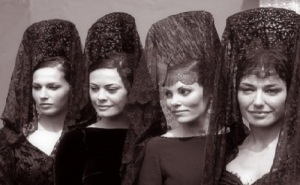 How is it possible that a resident in Spain may not be discriminated against in any other EU country in respect of the latter’s own residents but they can be the subject of discrimination if they reside, for example, in Andalucía or Catalonia –where these taxes are very high – compared to those who reside in Madrid or the Balearics, where they are minimum?

It is high time that such an anomaly was put right (…if the elections do not advise to the contrary…).