PROPOSAL OF A NEW TAXATION SYSTEM FOR “IMPATRIATES” IN SPAIN

The Spanish Government intends to carry out an extensive reform of the Spanish taxation system and, to such end, it has appointed an Expert Committee to study such a reform which has issued a report on the matter (commonly known as “Lagares Report” after the surname of the President of the Committee). In this article we will refer to the proposed reform of the taxation system in relation to a sector of non-residents in Spain commonly referred to as “impatriates”.

In the article published in this Blog on 11th October, 2013 regarding special measures for the granting of residency permits to those who make a significant investment in Spain, some comments were made in the sense that such measures should be clearly supported by other measures to attract non-residents, whose family lives permanently in Spain in some cases but are still not regarded as fiscal residents in Spain with an obligation to pay taxes in Spain on their worldwide income. 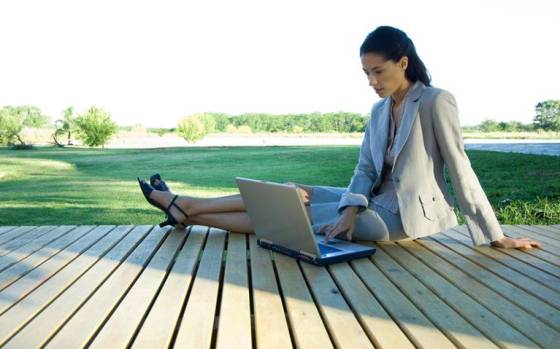 Managing my worldwide bussiness from the beach in Spain

The Report does not beat about the bush and does not deal with concepts such as distributive justice, equality, equity, etc, but merely addresses the economic benefits for Spain of attracting this kind of persons who will bring capital and investments to our country. Thus, it is clearly pointed out in the report that the goals are:

If the above measures are finally approved, the general Non-Resident System –which is similar in other countries and is based on the “OCDE’s Double Taxation Agreement Model”– and this special system for “impatriates” or “non-domiciled residents” –which is a privileged system with precedents in countries with similar systems such as the UK (the first to introduce it), Malta, Portugal, France, etc – will coexist in Spain.

Right now in Spain there are special rules for non-domiciled residents, but these are    still far from the advantages offered in other countries of our environment such as those mentioned above. The Lagares Report also identifies the “disadvantages” of the  current Spanish taxation system, among which are: 1) That not only does the non-  domiciled resident have to pay tax on their worldwide income but the taxation rates are  higher and they also have to pay Wealth Tax, which does not exist in other countries; 2) The existence of taxes which are not levied on the taxpayer’s actual income but on a presumed income assigned to their assets; 3) Payment of tax by a spouse on their late spouse’s inheritance, which is detrimental to pensioners with a medium or low level of income; and 4) Bureaucratic and administrative requirements.

All of this results in a ‘disincentivisation’ of residential tourism, i.e. non-residents who wish to purchase a dwelling in Spain in which their spouse and children will live but whose centre of operations and economic activity are outside Spain, or European highly-qualified professionals or pensioners.

The current system of residency for a significant investment in Spain, which rather than EU citizens is fundamentally targeted at persons with high purchasing power from emerging countries (Russia, China, India…), means that acquiring residency makes them pay tax on the personal obligations associated with all their worldwide income in Spain, which places our country at clear disadvantage compared to the countries of our environment.

The Lagares Report proposes to the Government the introduction of sufficient legal amendments for this new regime of “non-habitual foreign residents” to be subject, among others, to the following rules:

The scope of the special regime should be increased to encompass –and thus attract to Spain – foreigners whether by reason of an employment contract or: (i) the performance of economic activities without a permanent establishment; (ii) significant directors or shareholders (i.e. of multinational companies, technological companies, etc); (iii) pensioners; and (iv) persons receiving personal and real estate income.

Consequently, the Lagares Report proposes the following measures for “foreigners who are not habitual residents in Spain”:

–     ELIMINATION of the existing requirements of the special regime for non-domiciled residents, i.e.:

2.- The percentage of income generated abroad must not represent  more than 15%.

3.- The applicant may not have been resident in Spain over the past five years.

–    INTRODUCTION of the following new measures:

1.- The pensions and benefits of these non-domiciled residents should bear the minimum rate of the Income Tax

2.- Application of Inheritance Tax deductions for the spouse in respect of their dwelling in Spain and if they are not habitual residents.

3.- Simplification or exemption concerning the provision of information on the assets owned outside Spain where this is not considered relevant for the purposes of preventing fiscal fraud or money laundering

4.– Simplification of the process to obtain the Foreigner’s Identity Number (N.I.E.); e.g. facilitating the possibility of obtaining it through the Public Treasury’s website.

What, therefore, are the advantages of the application of this regime to domiciled non-residents?

On the other hand, they will be liable for Wealth Tax in respect of in-rem obligations only for the assets and rights located or exercisable in the Spanish Territory. A tax which may finally disappear on a general basis if Proposal no. 54 of the Report is adopted, as it is stated in this Proposal that: “The Wealth Tax should be formally and finally repealed and appropriate legal provisions should be established to prevent this Tax from being established as a regional tax by the Autonomous Communities”.

This tax regime will only apply during the year (taxation period) in which the change of residence takes place and the following ten taxation periods (years).

It must be stressed that the above measures are not legal amendments as yet but mere proposals for the Government to propose to Parliament, which has the authority to pass the relevant Act.

It seems that this process may start this year after the elections to the European Parliament.Lizarza